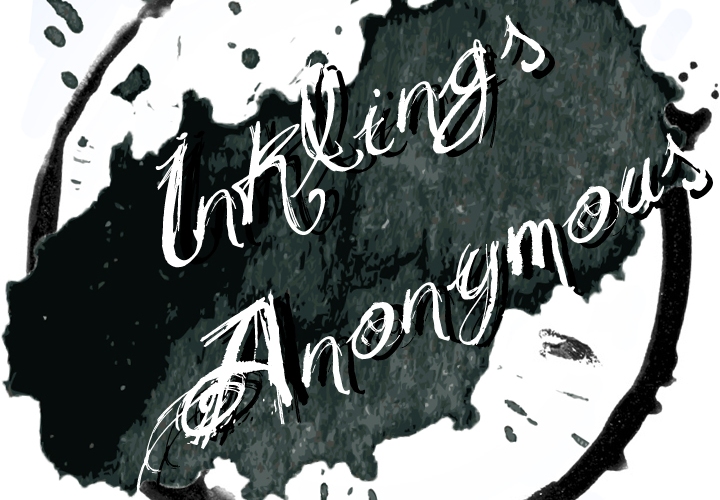 One of the things that I consistently see—and am guilty of myself—is the habit of over-sharing.

Writers often have the difficult task of not only making up absolutely every part of their story down to where their character has an unsightly mole or embarrassing birthmark, but to do this mental and physical creation for every single character in their story. It’s exhausting!

Think about it: Imagine your friends or coworkers, or even family members. We’ll say just pick three at random. What do you know about them? Favorite color? How many fillings they have? When they were born? Their parents’ current city? The place they lost their virginity? Their first car? Their pet’s name from when they were ten that they use as a password? The amount of their bank account/s?

Do they have a tortured secret from their past that haunts them to this day? Was their first love a con artist? Father an abusive drinker? Do they hate alcoholics for that reason? Are they one themselves? What’s their ultimate goal, their dream in life? What makes them keep going, even in the face of complete and total hopelessness?

Likely, you won’t even have half of the answers to questions that specific, and probably not at all to that last one about your family members.

Please, no Jaime and Cersei Lannister jokes… except this one.

A writer may not have this specific information, but imagine knowing a person on a much more in-depth scale and then having that depth of knowledge for 10 other people in your book—or even more, if we’re going with Game of Thrones again. Now imagine that you have three stories that you’re working on concurrently, and each of those people also has those individual properties, and not to mention they’re in different genres, so it’s an entirely different type of world…

Oh, and some of them may only exist for one page. Or not even show up in the story at all.

What I’m saying is, there is a lot of information going on in a writer’s head at any given time, and sometimes it’s hard to compress that information to determine what goes into your book and what stays off the page.

I recently edited a short piece where the author randomly decided in the middle of an unrelated paragraph to go into detail about the character’s very specific job, her age, the length of time she had been at said job, the people she liked there, what she hoped to accomplish at the job in a couple of years, and the respect she hoped she garnered from her co-workers. It was random, it was waaaaaay too in-depth, especially given the parameter of what she had been talking about before, and it was absolutely over-share.

The toughest part? Not one single thing about that woman’s job mattered to the story at all, and given its awkward delivery and general unimportantness, it had to be completely cut. Do I feel bad when I make these suggestions? Yes, I do. Someone worked really hard to come up with a believable character with believable background information and wants to show that information. Are the changes necessary?

Let’s just say this: Nine times out of ten you can cut entire paragraphs of over-share from a book and not just make it shorter, but make the story better.

I thought you were supposed to be detailed in writing?

Absolutely! When world developing, it’s good to be as thorough as possible. There are numerous sites whose soul purpose is to help develop worlds and characters with intense detail. In the past, I’ve used LitLift to keep track of specific things about characters from their shady pasts and emotional and physical scars down to height, weight, eye, and hair color. Not all of these things make it into the pages of a book, and honestly, not all of them should. That does not mean you shouldn’t have that information before you write.

Think about how much more information J.K. Rowling was able to divulge about her Harry Potter series after the final book came out. The information you keep back can oftentimes be important to the development of your character or world, but still not entirely pertinent to the story itself.

Writing differs from world building in that you have to be far more selective about where, when, and even if that information you’ve worked weeks, months, or years on makes it into the final cut. It’s basically having a giant bin of Legos and having to sift through it for all the exact right pieces. Could you use all of those pieces to build a cool spaceship? HELL. YES. Legos are amazing. All of those pieces would fit together one way or another.

But would they be the streamlined, coherent, amazing spaceship you saw on the box? Uhm… maybe, if you tweaked it here and there, and kinda squinted your eyes and tilted your head…

Okay, no. But that’s basically what writing a book is like.

So how does a writer determine what goes into the story?

This part is going to be difficult, no matter how many times you write a book. You have allllll that information rolling around in your head, itching to get out. Sometimes you know your character’s personal information better than you know your own. Being that close to it, you literally can’t see the forest for the trees. So what helps cut down what the necessary information isn’t?

Outlining and plotting out your story like a well-crafted blueprint, that’s what.

When I was younger, there was no way in hell I was going to outline my work before I wrote. It wasn’t that I was against it, but I’d get the idea and I’d just go for it, full throttle, no easing back until the words had left me.

As I got older and went to school for writing, I started to learn more about the Hero’s Journey and other methods of crafting your story, and outlining became MUCH easier. Using even a vague pattern for outlining your story will give you a better idea of where it’s going, what your important plots and subplots should be, and if you really need to crack that joke on page 156, or divulge your character’s reason for doing that thing on page 79.

Can you sew a pair of pants by hand? Sure, but it’ll be messy as hell. Can you use a pattern to make it much more neat and then clean it up when you’re done? YES. Nobody’s going to want a pair of jeans with seventeen buttons on one pant leg and no fly, or a scarf that’s way too big—

What I’m saying is that giving yourself time to plan and outline the story before you start writing will give you knowledge about the highlights and important areas in your story, and also tell you which parts can get chopped off right away. Sometimes people write out of order because the parts come to them that way. I do this sometimes when I find the urge to write a particular scene before I’ve gotten there. It can work because I’ve outlined specific instances to happen, so my brain is still working out how they go together, even if I have several pages from the beginning and end done with no middle sections.

Your outline should always be in the order that your book needs to go, regardless of how you write. It gives you a ladder that you can follow to reach the top, even if you’re hopping from the third rung to the eighth.

Does outlining guarantee your story will be right the first time?

In no way does any planning you do beforehand guarantee that everything will work perfectly in the long run. There are always complications in writing, and sometimes, your character will simply run you into a corner before you realize what’s happened. Sometimes the outline needs to change because you realize that parts of it won’t work or don’t suit the direction you’re trying to go. Maybe the goal changes and you need to rewrite that super sweet space battle or remove it entirely.

Just like your writing won’t be perfect the first time around, your outline will often change as the story develops and fleshes out. It’s the nature of writing. It’s a living, moving, writhing, sometimes bratty piece of work. It occasionally has a will of its own and will make you feel like you’re trying to convince a toddler not to stick that shiny thing in their mouth. But the important thing is to push through it and get to the end, whether you’re happy with it or not…

…And then hire a crazy awesome editor to clean it up for you. ;p