Traditionally speaking, Halloween has long been celebrated as a time when the veil between the realm of the living and the realm of the dead is at its thinnest. In some cultures, it’s a time to celebrate those who’ve moved on, and in other cultures, it’s a time to be worried that spirits might be coming back to haunt you… Hence the need for masks.

What most people know of Halloween now is dressing up and eating and drinking a bunch of sugary, ridiculous foods and dancing to the Monster Mash. But there’s something so wonderfully delightful in being able to experience frights at this time of year; like you can feel the ghosts watching from over your shoulder.

And if you aren’t interested in going out to get frightened, then maybe staying in and watching some scary movies and reading some spine-tingling stories might just be the ticket you need to get into an appropriate mindset for the ghouls and monsters that come out to play around All Hallow’s Eve.

That crisp bite in the air is wonderful; I’m sure the ghosts will agree that the breeze is just perfect for floating as well.

Here are 15 movies and books that are perfect for getting you into the spirit for frights this Halloween–or all of October! 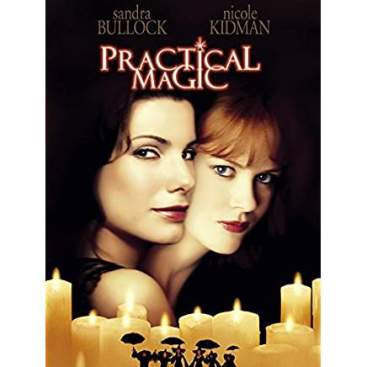 1. Practical Magic
There’s something to be said about a movie that incorporates magic, romance, and horror to make a truly wonderful story!
This is one of my personal favorites to watch in October if I’m looking for something a bit chilling and also a bit sweet. Added bonus? You can watch this while drinking Midnight Margaritas if you want, too!
You can also read the book the movie was adapted from! 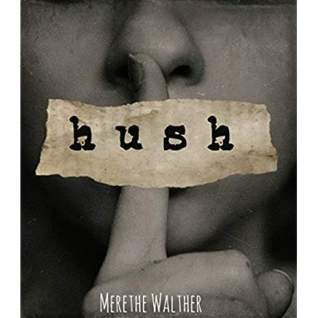 2. Hush: A Short Ghost Story by Merethe Walther
Since I wrote this one, I’m a bit fond of it; plus you can get it for .99¢!
During Victorian times, it wasn’t uncommon to send your children out to a “baby farmer,” who would care for them with only a small weekly stipend while you slaved away in a pre-union era job.
But Nick and Amelia, siblings sent away to live with one of these “caregivers,” soon find that their matron might not be the only one who’s watching over them… and they’d better hope not to break any of her rules because the consequences could be rather dire.

3. Sleepy Hollow (or any other Tim Burton movie)
I picked this movie in particular because it feels more “Halloween” to me than many others, probably because of the murder-y aspect, but I still love some Tim Burton around this time of year. (I’m firmly in the camp of The Nightmare Before Christmas being a Christmas movie, but that said, it’s still acceptable to watch on Halloween, too!)
There’s something so beautiful about the drab town of Sleepy Hollow that I never considered the Headless Horseman much of a deterrent to wanting to live there. I don’t know. Maybe it was the mist, the lack of sunlight, the grainy filter. The Johnny Depp. As someone with a sun allergy, it was like a dream come true.
Murder, magic, mystery, legendary tales of curses, and pools and pools of blood and frankly ridiculous amounts of arterial spray. What isn’t to love? 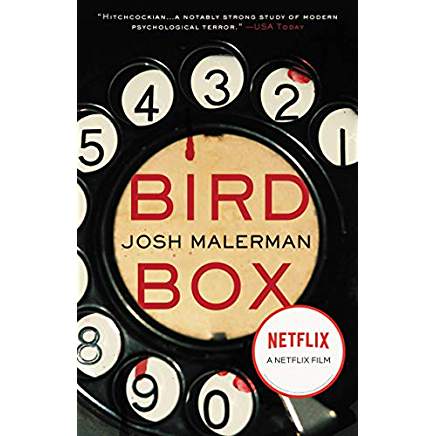 4. The Bird Box by Josh Malerman
I read this book a couple months ago and was completely captivated. It’s the story of a woman struggling to raise her two children, Boy and Girl, alone (like, alone alone, not just as a single mother) in a world that’s been decimated by monsters that no one can look at without going completely mad. No one knows what they are, where they came from, or even what they look like. No one who’s seen one is still alive.
Most times fear makes you want to close your eyes, but there is literally nothing comforting about not seeing these beasties.
Brimming with moments that will make your skin crawl and tension where you can feel the claustrophobic crush of wading through a monster-riddled world with only a blindfold to protect you, it’s one that will definitely keep you up at night! 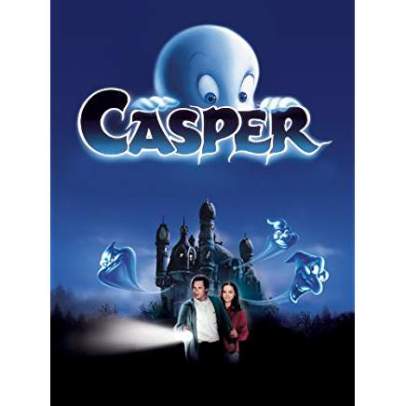 5. Casper
This is another of the movies that I love to watch for the nostalgia. You can laugh at the bad guys while also still being terrified of the consequences of whatever hijinks are happening on screen.
Casper is a beautiful tale that will make you laugh, cry, and even clutch a pillow tight. Plus the soundtrack is so vivid and haunting, I still listen to it even when I’m not watching the film! 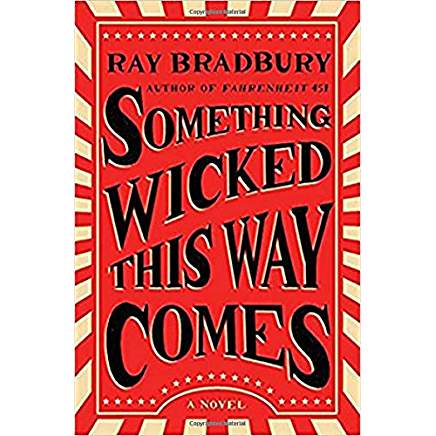 6. Something Wicked This Way Comes by Ray Bradbury
“For those who still dream and remember, for those yet to experience the hypnotic power of its dark poetry, step inside. The show is about to begin.”
I read this when I was a kid, and I was obsessed with how hauntingly good it was. I loved many of Bradbury’s books, but this one is a treat to read in the Halloween season or any time you’re looking for a bit of a fright!

7. The Addams Family
(I’m beginning to realize that Christina Ricci is basically in every one of my favorite childhood spooky movies, so she’s going to be on this list a lot.) That said, Halloween isn’t complete until you get a chance to sit down and watch The Addams Family being wonderfully weird and bizarre.
Plus, Gomez and Morticia are like, the best example of #relationshipgoals I can think of.

8. Terrifying Tales by Edgar Allan Poe
Since this man practically invented the horror genre, it’s easy to say that he knows a thing or two about the creatures that go bump in the night. Whatever you’re reading by him, you know you’re in for a delightfully wicked time that will leave you will a quiet, unsettled feeling that you just can’t shake.
Any of his short stories will get your brain–and your heart–moving fast!

9. The Conjuring
This movie has the distinction in my book, at least, of having legitimately terrified me when I saw it the first time, which doesn’t frequently happen with horror films for me. Dark, creepy, weirdly religious overtones that are based (very loosely) on a true story set the stage for a film that will literally have you hiding behind a pillow to finish watching it.
For some people, supernatural thrillers aren’t really their bag, but this movie definitely did it for me! A great way to scare yourself into some Halloween spirit!

10. The Specialist’s Hat by Kelly Link
Although this is a short story, it’s absolutely one of my favorite stories of all time. I can’t describe it. The atmosphere, the ambiguity, and the bizarre characters are just beautifully well-written.
It’s Halloween tradition in my house to read this haunting story once a year, and I think after you read it, it might become yours as well! 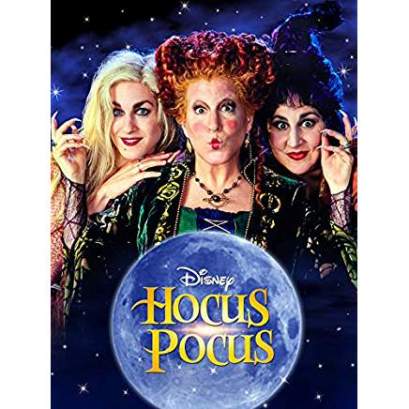 11. Hocus Pocus
You know why you need to watch this movie. It’s a quintessential Halloween film about three kick-ass witches. Need I say more? Go watch it! 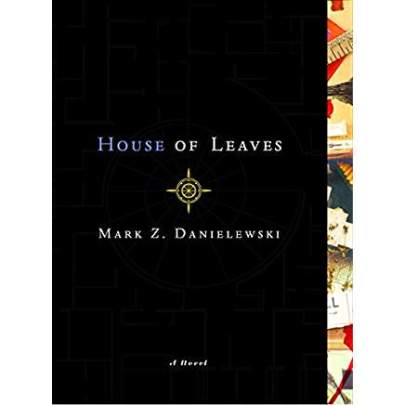 12. House of Leaves by Mark Z. Danielewski
This book has been on my list forever because my friend swears it’s so terrifying and good, and since I’ve just bought it and plan to read it this month, I figured I’d share it with everyone else, too!
This book is practically legend. It only existed in obscure forums on the internet for a while, but apart from a truly weird and scary story is also the way it’s presented, which is more art than just novel.
If you’re afraid of an ever-growing abyss behind a closet door and a book so genuinely creepy that you’ll have nightmares (according to the reviews!) then this is definitely up your alley.

14. Penpal by Dathan Auerbach
This novel is unique in that it originally began as a series of “CreepyPasta” stories on the internet and then was collected, edited, and polished into a truly terrifying piece of horror writing.
It starts off simple enough–with a boy writing a letter to his penal, but the twists and turns these stories take will leave you biting your nails to the last page!

15. Scary Stories to Tell in the Dark by Stephen Gammell
If you try and say that these books didn’t genuinely terrify you as a child, then you’re either lying or you’ve been living under a rock your entire life. (Probably because these books scared you so bad.)
I would read these before bed and badly regret it, be forced to sleep with the light on, and still worry that there was a monster out to get me. Or listen to the audio cassettes in a dark room and be too scared to turn off the tape before it reached the end of the reel.
Some of these might be more funny than scary, but even as an adult, you’re sure to find these pretty disturbing.
This is a set of stories that you’ll remember for a long time; if not for the tales, then certainly for the disturbing artwork that came along with them, which was like, ten times more frightening than the stories on occasion.

Do you have any great stories or movies you love to enjoy around Halloween? Share them in the comments!