I am not normally one to watch football and don’t watch any of the matches through the rest of the year, so it doesn’t matter to me which colored jersey wins, ya dig?

(My sister-in-law and brother-in-law and I just so happened to choose the winning side to root for, which was a psychic bonus, I suppose.)

That being said, as a family, we all sit down and watch the Super Bowl, and so I had a chance to spy the infamous ads which would later cause such an online flummox.

At any rate, watching the commercials during the breaks, I wasn’t ‘blown away’ by any, and some even made me smile a bit. I mean, I don’t even drink Budweiser, but I love their Clydesdale commercials—who doesn’t love puppies and horses?!

Never once did it occur to me that two ads would have made such an outrageous impact for ALL of the wrong reasons.

Now, I watched both of these ads. I watched them with my whole family, and none of us saw anything wrong with them. We just watched them and moved on, but the Internet was already abuzz with misplaced rage.

Why? Because in this day and age, ignorance can’t be contained. It must be spread online, typically over social media forums that allow for people to spew their idiot vomit in 140 characters or less.

So, in lieu of simply calling people on their backwoods bullshit, let’s break down all of the fun reasons that people who found these commercials offensive are racist, bigoted morons!

Coca Cola has people singing “America the Beautiful” in languages other than English.

1. “I didn’t like people singing the national anthem in another language.”

If you have made it to an age where you can go out into the world and type with any kind of clarity into social media a slightly literate sentence about your opinion… you should at least be able to understand that if you’re going to open your mouth about something, you should have some facts to back it up.

b)   This song was written by Katherine Lee Bates (*gasp*, a WOMAN?!) who was also a lesbian (Double gasp!). She left the Republican party in 1924 over growing xenophobia.

c)    Xenophobia: the intense or irrational dislike and fear of people from other countries (sound familiar?)

a)    America has no official national language. This is because we are a melting pot… Think of the Statue of Liberty’s inscription. “Give me your tired, your poor, your huddled masses…” The inscription didn’t say, “Give me people who speak American English and nothing else.”

b)   We have plenty of U.S. citizens (legit citizens, okay?) who speak a language other than English, but are still American. It happens, since, you know, immigration from other countries.

c)    American English is a hard language to learn, but you know what? Some foreign countries actually assign it as a language in their classrooms. There are foreigners all over the world who have mastered the English language better than a good portion of Americans in America.

d)   How many people in America can easily discern the difference between:

They’re, Their, and There 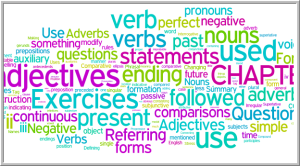 Believe it or not, this is foreign language to some Americans…

Cheerios shows an interracial couple with a child.

a)    Welcome to America, where your birthplace doesn’t matter, but the color of your skin does? If you can’t get it through your skull that people are people, and we’re all pink and meaty on the inside regardless of our exteriors, then you really should go back to high school biology class and retake that segment, because clearly, you missed a huge plot twist.

b)   People evolved and adapted over many years to develop different pigmentation in their skin based on their environments and what they required in order to survive. Us extra white white people lived in regions where it was cold, we didn’t stay in the sun all day, and in a lot of places, it snowed. Therefore, we developed lighter skin, because nature decided that was what we needed. The good portion of people with darker skin lived in hotter climates, where their darker skin protected them from a harsher sun, and ensured that they wouldn’t stick out like… well, like a white person on the Savannah.

d)   Because we are able to migrate all over the world today, and people of any racial orientation can move wherever they want, there are tons of people from different places everywhere.

e)    Sometimes, those people fall in love with someone who doesn’t look like them. Imagine if there was a fallout because blonde people were marrying brunettes instead of other blondes. See how silly that is? Now apply that ideal to skin color. It’s pretty lame, isn’t it?

Before this totally blows your mind, I assure you, there is no rule where someone of one race can’t fall in love with someone of another race. Our parts all work the same in the end, and again, if you can’t figure out that we’re all just people, you should probably go and learn that so you can understand how someone could have a baby from such a union.

(Hint: It’s the regular way since they’re no different from you)

I would really love for people to stop letting hate-mongering idiots dictate their views.